What They Don't Tell You

I spent the majority of the month of August in Honduras.  Before leaving I was stressing about all the "what ifs" and trying to pack perfectly: not too much and not too little.  I got sick from all the immunizations and I listened to much to people who only wanted to tell me to watch out for kidnappers.

When I got on the plane in Kansas City, I wasn't nervous anymore.  Sure, I was a little nervous about meeting new people and all of that but I had peace about the trip.  My desire was to learn, to struggle, to have fun, to grow.

The first two days were spent getting acquainted with everyone.  We had tons of visitors, young and old, stop by.  At church, I just kept saying "Buenas dias" and "muy bien" and hugging, hugging, hugging!  The next four days were spent up in the mountains in a village called Chapparral, where the youth camp was held.  We camped in tents (that leaked) and I got to observe and experience how a family lives without any modern conveniences.  The family who hosted the teen camp has no electricity and no running water.  They cook outside.  They wash dishes and clothes outside.  The doors on their outdoor bathroom and shower are aluminum.  I loved that despite their lack of modern conveniences they and their house and property were clean and neat.  The mother had a definite routine and the children were well behaved and fun!  Living in the mountains is not an easy life, especially for a woman, and I only got a glimpse of it. 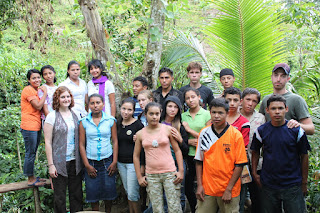 After camp, I had formed a lot of friendships and was becoming more and more comfortable with everyone. They were all so friendly and loving.  One day at camp I was getting very sick and two of the girls gave me their tent, put blankets on me, and told me to rest.  It was really sweet.

We visited different church locals in addition to Zamorano and Chapparal.  We went to Oculi and Danli for church services and studies throughout the week.  I had the opportunity to hang out with the youth group and to help Marlene with an activity for the little kids.  I had a blast! 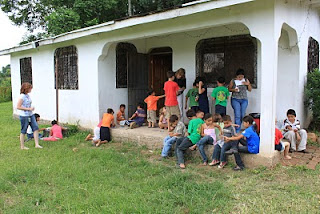 A few days before we were supposed to leave, there was flooding and devastation in Danli.  The youth group immediately decided to cancel their plans of attending a fun activity and decided to go to Danli to help clean up.  Homes were washed away, people were washed away, and there was mud and debris everywhere.  There is a little more detail on this on my Honduras blog http://wanderlust-jess.blogspot.com/
but for the purposes of this post, I wanted to touch on it a bit.  It's hard for me to talk about; to fully express what that experience did to me and for me....but it really changed my life, my goals, and my priorities.  I have always thought of others, always tried to be compassionate.  I donate.  I volunteer.  I have never seen anything like I saw in Danli that day.  First, I saw a lot of people come together for a common goal.  I saw sacrifice.  I also saw homeless children, grown men with only a pair of shorts to their name trying to get the mud and water out of their homes.  I saw a woman weep over the loss of her brother and beg for just one thing...anything...that could be salvaged from his home for her to keep.  All she had was his pillow. 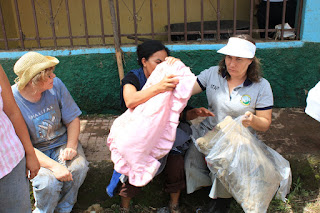 And this is what "they" don't tell you:  You will never be the same.  Literally. 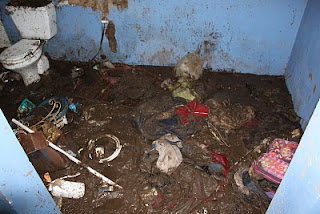 Sure, people said I would have a great experience.  They said that the culture would take some getting used too.  They said it would be difficult to see the poverty.  All of that was true.  Maybe I just didn't understand what "they" were saying.  I didn't know I would come back to the States...sad.  Not just sad for the people who have nothing left or for the people who struggle with or without experiencing a natural disaster, but sad that I was returning to the U.S.

I have had a hard time adjusting to life here again.  I'm not completely sure I want to completely adjust because that means iIwill go back to the way things were before:  All about me and stuff and getting ahead and fitting into this crazy mold that society tells us is the key to eventual happiness.

I don't think the same way anymore.  I don't have the same goals that I had a month ago.  I have a totally different view of our culture.  While I am feeling all of these things and struggling with some emotions, I am also excited because I am taking action.  I am headed down a whole new course in life.  Of course, I am taking it one day at a time and praying about it!  I want to go where God leads me but I know that he has been leading me to serve others.  He has been giving me bits and pieces here and there throughout my life, waiting until I could handle a little more and then some more.  My hope is that I will spend the rest of my life serving others primarily.  I no longer want to be defined by a career.  I am thankful for my job and will always give my very best to it, but it will not define me after hours.

What "they" don't tell you about going to a third world country is that you will want to move there.  You won't care about the heat and bugs and snakes....because there is something there that you can't explain.  I call it love....but even that, I can't fully explain.

Thanks for enduring my rambling....I hope to fill in some gaps with more details and testimonies later, but for now I just had to get this out there.
Posted by Jess at 7:59 PM No comments: Links to this post